Whether he was a man born before his time or at the right time, one thing is for sure, Benjamin Banneker’s genius was ahead of his time. Almanac author, inventor, surveyor , naturalist and farmer;  Benjamin Banneker died at age 74 in Baltimore County, Maryland on October 9, 1806. 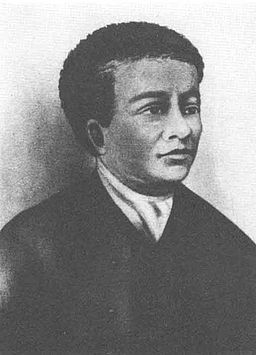 Banneker was born as a free African American in Baltimore County, Province of Maryland, British America on November 9, 1731. His creative genius was illustrated by building and engineering the first striking clock at age 22 which worked until his death at age 74. Banneker was a man of many amazing accomplishments; including the construction of an irrigation system on his farm, aiding in the surveying of Washington, DC with the use of astronomical calculations, publication of popular Almanac books that utilized astronomical calculations to help in farming,eclipses, tides and fishing throughout Pennsylvania, Maryland, Delaware and Virginia. His Almanac also included medical information, literature and opinions.

Banneker was a spokesperson against slavery and for the foundation of Christianity in American homes. He worked for civil rights and freedom for his fellow African Americans bound by slavery.  He wrote a letter to Thomas Jefferson when he was Secretary of State challenging the country’s views and laws in regards to African Americans.