On July 8, 2000 Venus Williams became the second African American woman to win at Wimbledon, following the memorable Althea Gibson who was the first African American male or female to win at Wimbledon in 1957. The former ranked No. 1 player in the world by the Women’s Tennis Association has dominated tennis with her powerful sister Serena Williams during the beginning of the 21st century. Williams has won Wimbledon five times and continues to dominate in the sport of tennis.

1st round doubles action from the Women’s draw at the 2013 US Open. Serena and Venus Williams defeated Silvia Soler-Espinosa and Carla Suarez Navarro; 6-7(5), 6-0, 6-3

Venus and her sister Serena have represented the United States well in the Olympic Games, winning  more gold medals than any other women in tennis (Venus has a total of four Olympic gold medals).  She was born on June 17, 1980 in Lynwood, California. 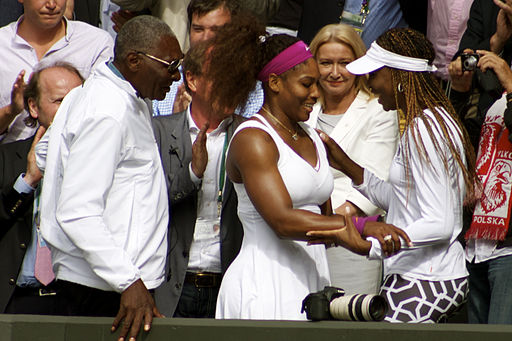