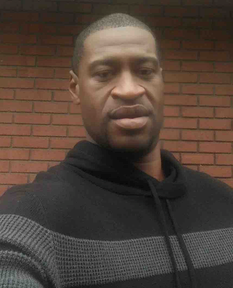 George Floyd was killed on Memorial Day in 2020.  The world changed on May 25th when millions from every corner of this planet stopped and watched the cruel and unbelievable killing of George Floyd by a Minneapolis, Minnesota police officer. This killing of an innocent Black man would be different from the unknown number of killings before or after because of the videos.  Somewhat reminiscent of the filming of the firehose and dog attacks on civil rights marchers in the past century; society had to acknowledge, and accept the inescapable truth of police brutality and murder.

Protests against his murder were held around the world with thousands attending rallies internationally in protest to continued police brutality. Derek Chauvin, a Minneapolis police officer murdered Floyd in cold blood with the world watching as he literally choked the breath out of his body with his knee on his neck while Floyd was handcuffed on the steaming Minneapolis pavement.  Witnesses standing nearby pleaded with the police to stop what they were witnessing with the killing of Floyd.   Chauvin’s knee was on Floyd’s neck for 9 minutes and 29 seconds while Floyd repeatedly said he could not breathe.  Chauvin was charged with second degree murder, third degree murder and second degree manslaughter.  On April 20, 2021 Chauvin was found guilty on all charges.  He was sentenced to 22 1/2 years in prison.

Three former Minneapolis police officers who did not help George Floyd while he was being murdered were found guilty of violating his civil rights on Thursday, February 24, 2022.  The former officers, J. Alexander Kueng, Thomas Lane and Tou Thao, were all convicted of depriving Floyd of his civil rights while acting under government authority because they failed to give him medical aid.  Kueng and Thao were also convicted of not intervening to stop their fellow officer Derek Chauvin from using excessive force.  All three will face state charges in June, 2022  of aiding and abetting murder and manslaughter.

George Floyd was born on October 14, 1973 in Fayetteville, North Carolina.  The world witnessed his death at age 46 in Minneapolis.

Enjoy A Safer Spring or Summer Vacation In A RV