The first official King Federal Holiday honoring Rev. Martin Luther King, Jr. was on January 20, 1986.  Two and one half years earlier, on November 2, 1983, Martin Luther King, Jr. Day became an official American Federal holiday observed on the third Monday of each January in recognition of Rev. King’s birthday. The bill was signed into law on November 2, 1983 by President Ronald Reagan.

The active campaign to make Rev. King’s birthday a national holiday began after his assassination and continued until it was finally successful. Initially, many states were opposed to it becoming a holiday in their state. The King holiday was observed for the first time in all fifty states in the year 2000, 17 years after it became a federal holiday.

Congressman John Conyers, a Democrat from Michigan and Senator Edward Brooke, a Republican from Massachusetts first presented a bill in Congress to make King’s birthday a national holiday in 1979. The bill was five votes short of succeeding.  Congresswoman Katie Hall of Indiana introduced another bill to make his birthday a national holiday in July of 1983, it passed in the United States House of Representatives by a count of 338 to 90.  The margin of victory established a veto-proof margin. 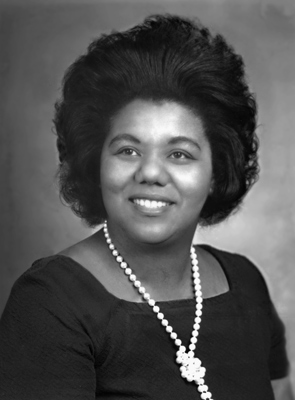 Katie Hall, the member of the United States House of Representatives who introduced the successful King Holiday bill.

Rev. King was one of America’s greatest leaders who served as a minister, pastor and civil rights leader. The life and death of Rev. Martin Luther King, Jr. was a motivator for positive change with African Americans. His principle of non-violent protest was a stimulus for promoting the need for proper civil rights of African Americans. America was ill-equipped to stop the changes that Rev. King was creating throughout the country. Rev. Martin Luther King, Jr. was assassinated in Memphis, Tennessee on Thursday, April 4, 1968. He was shot at the Lorraine Motel and declared dead at 7:05 pm that night. A bullet stopped his life on April 4, but not his dream. The life of Rev. Martin Luther King, Jr. illustrates without question that one person can make a difference in the world.