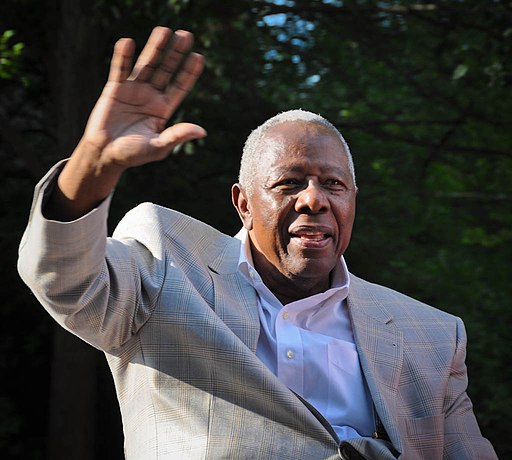 Aaron amidst racist death threats for getting ready to pass Babe Ruth’s home run record, broke the record with 715 home runs on April 8, 1974 for the Atlanta Braves in Atlanta Fulton County Stadium against the Los Angeles Dodgers.  Since his retirement, Aaron has worked in the Front Office of the Atlanta Braves.