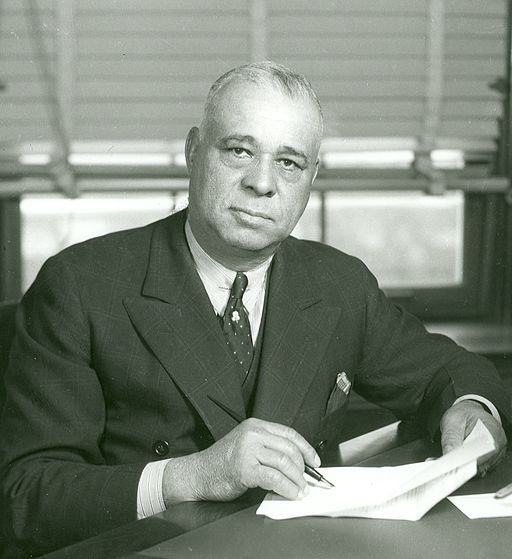 The first African American elected to congress as a Democrat, Arthur Wergs Mitchell was born on December 22, 1883 near Lafayette, Alabama.  African Americans after reconstruction had held to the party of Lincoln, the Republican Party.  But political parties change as well as people, African Americans were transitioning over to the Democratic Party and the New Deal legislation of President Franklin D. Roosevelt during the tough economic times of the twentieth century depression.  Mitchell who had been a Republican, became a Democrat as well and ran for congress in an area representing the South Side of Chicago and defeated Republican African American Congressman Oscar De Priest in 1934 to become the first African American Democrat in congress.  The life of Arthur Mitchell excelled in many diverse areas and professions.  Born to parents of former slaves, Mitchell was a teacher, educational administrator, real estate businessman, politician, statesman, attorney and he concluded his life as a farmer.  Mitchell left home to attend Tuskegee Institute at age 14, while there he paid for his college as a laborer and assistant to Booker T. Washington. Mitchell later attended Columbia University and Harvard.  He passed the bar and practiced law in Washington, DC before moving to Chicago, Illinois where his political career would mature.  Mitchell served four terms in congress in Washington before moving to Petersburg, Virginia where he bought a large amount of land and began farming and actively serving in the community as a lecturer and a participant in area organizations.  Mitchell died on May 9, 1968 in Petersburg at age 84.