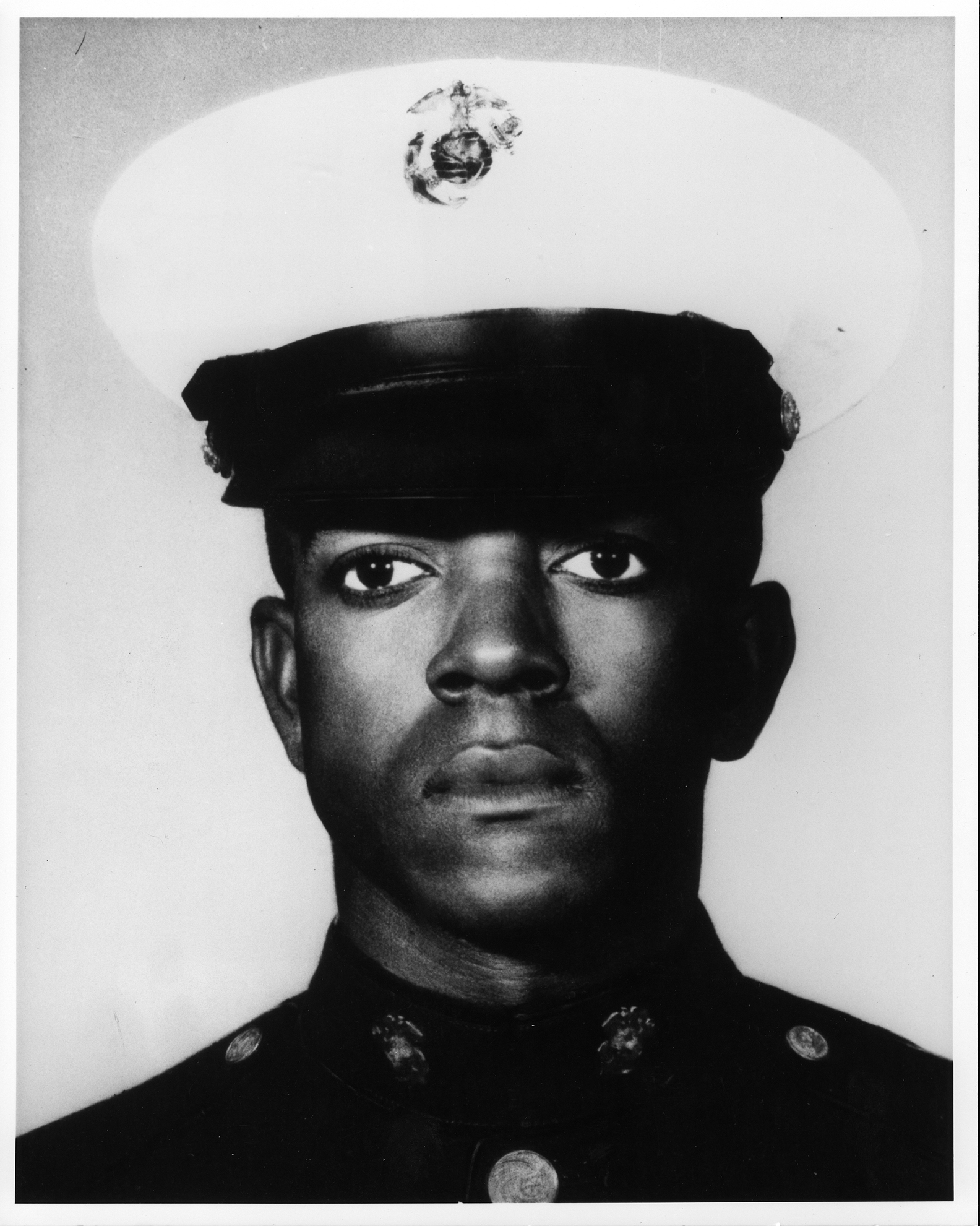 The Medal of Honor, America’s highest military decoration was posthumously awarded on August 21, 1967 to Anderson for sacrificing his life for his fellow soldiers by grasping a grenade and shielding the explosion with his body to protect their lives.  The official Citation was: “For conspicuous gallantry and intrepidity at the risk of his life above and beyond the call of duty.”

Part of the Congressional Medal of Honor Citation reads:

“ As the fire fight continued several of the men were wounded by the deadly enemy assault. Suddenly, an enemy grenade landed in the midst of the marines and rolled alongside Pfc. Anderson’s head. Unhesitatingly and with complete disregard for his personal safety, he reached out, grasped the grenade, pulled it to his chest and curled around it as it went off. Although several marines received shrapnel from the grenade, his body absorbed the major force of the explosion..”

Private First Class Anderson was born on January 22, 1947 in Los Angeles, California.  After graduating from high school, Anderson attending Los Angeles Harbor Junior College for a year and a half before enlisting in the marines.  He was serving in the Republic of Vietnam as a rifleman with Company F, 2d Battalion, 3d Marines, 3d Marine Division in Quang Tri Province.   His act of heroism, sacrifice, bravery and love for his fellow soldiers is beyond most of societies comprehension.