Women Given The Right To Vote

On August 26, 1920 the 19th Amendment to the Constitution was ratified which gave women the right to vote. This was a momentous occasion for all women; although having the legal right to vote without being prohibited through intimidation, fear, racial discrimination, having to pay head taxes, take poll test and become the victims of violence were the possible costs incurred by many African American women in the early twentieth century. These actions initially occurred more often in the south than the northern states.

African American women continued to find themselves disenfranchised and forced out of the political arena even into the 1960’s. Historically, some great names of the women’s suffrage movement are Harriet Tubman, Sojourner Truth, Rosa Parks, Anna J. Cooper, Ella Baker, Fannie Lou Hamer and many more known and unknown who worked silently behind the scenes to effect change openly for all women.

Anna J. Cooper ” Only the Black Woman can say when and where I enter in the quiet undisputed dignity of my womanhood, without violence or special patronage; then and there the whole Negro race enters with me.” 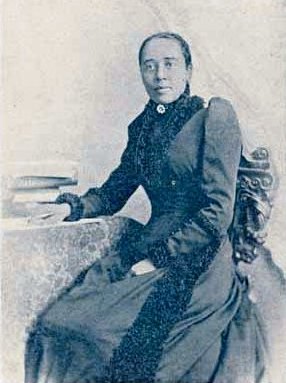