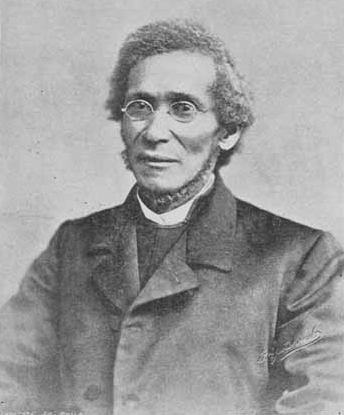 One of the most important figures in the African Methodist Episcopal Church during the nineteenth century in America, Bishop Daniel A Payne was born a free man on February 24, 1811 in Charleston, South Carolina. Serving for over four decades as a bishop in the church, Payne is remembered for being a major influence in the early growth of the church. He was also one of the founders in 1856 of Wilberforce University in Ohio which is America’s first African American owned and operated college. Bishop Payne served as the first president of Wilberforce.  As an author, one of Payne’s books was “History of the AME Church” which detailed the early history of the church. When Payne was only 19 years old he opened a school in South Carolina to teach children.  He was forced to close the school when in 1835 the state of South Carolina passed a law prohibiting the education of African Americans.  Bishop Payne died November 2, 1893.