On February 18, 2006 in Turin, Italy, Shani Davis became the first African American to win a Gold medal in an individual Winter Olympics.

Among many other accomplishments, Davis won the 2005 World Allround Championships in Moscow, Russia.  He won Gold and Silver medals in the 2010 Olympic Winter Games in Vancouver, Canada.  Davis was born on August 13, 1982 in Chicago, Illinois.  He was raised by his mother on the southside of Chicago where as a small child he excelled in roller-skating.  He eventually transferred his talents to the ice and began to lay the foundation which would lead to his becoming one of the world’s top skaters.  At the early age of only seventeen he became the first American skater to earn spots on both the short track and long track Junior World Team. 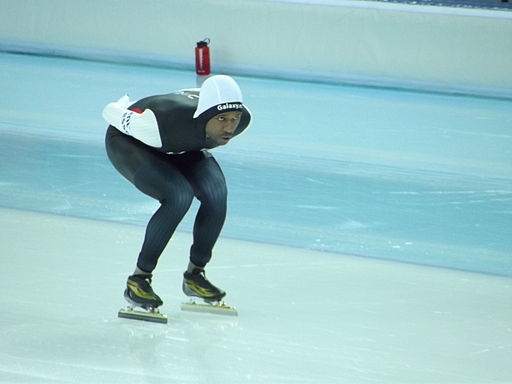