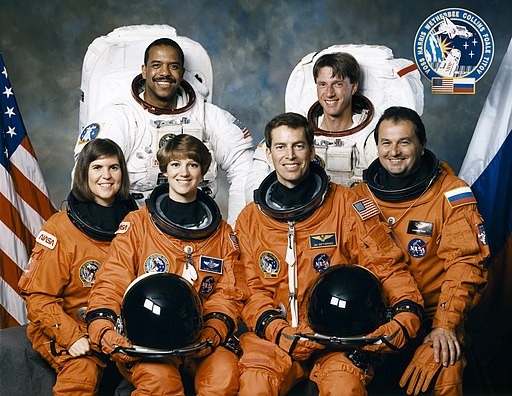 During Harris’s second space mission February 2, 1995 – February 11, 1995, while a Payload Commander on STS-63 with the Russian space station Mir Harris walked in space for the first time.  During this mission retrieval of the Spartan 204 satellite was implemented by STS 63.  Dr. Harris served with NASA until April of 1996.