March 9, 1800 – John Brown John Brown was a white abolitionist who believed that the only way to stop slavery was through armed insurrection. Brown was eventually captured during an unsuccessful raid at Harpers Ferry, Virginia. He was found guilty of the murder of five men, treason against the Commonwealth of Virginia and of inciting a slave insurrection. John Brown was hanged. 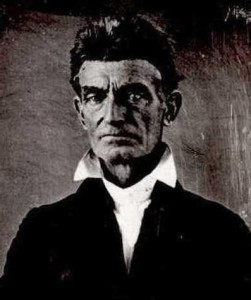