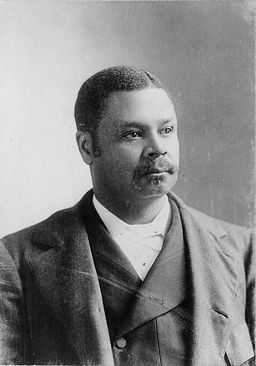 When the 1st Session of the 55th congress of the United States convened on March 15, 1897, George Henry White would be the last African American that would serve in congress for decades after the implementation of Disenfranchisement laws at the end of the nineteenth century following the Reconstruction Era. White died on December 28, 1918 in Philadelphia, Pennsylvania at age 66. He was born on December 18, 1852 in Rosindale, North Carolina. George Henry White was the only African American elected to the 55th congress from 1897 – 1899.  He was a representative of North Carolina’s 2nd Congressional District.  As Democrats regained control of state legislatures in the South and disenfranchised African Americans with laws that prevented them from voting, White knew that his second term in congress would be his last one.  He made this powerful statement:

“This, Mr. Chairman, is perhaps the negroes’ temporary farewell to the American Congress, but let me say, Phoenix–like he will rise up someday and come again.“ 1

White left congress in March of 1901 and was correct in that it was a temporary farewell, although a very long one.  It was 28 years before another African American ( Oscar Stanton De Priest, Republican from Illinois) would be elected and another congressperson from North Carolina would not be elected until Democrat Eva Clayton in 1992.  White was a graduate of Howard University.  After congress he opened  a law practice in Washington, DC., organized a town for African Americans (Whitesboro in Cape May, New Jersey), moved to Philadelphia and started another law practice and People’s Savings Bank.