She became the first African American woman to win a singles cup championship in the United States on July 21, 1957 when she won the U.S. Clay Court singles title at River Forest. Althea Gibson became the first African American to win a singles cup championship at Wimbledon earlier that month on July 6, 1957 (beating Darlene Hard, 6-3, 6-2). Gibson’s amazing career included 56 singles and doubles titles, including wins in 11 Grand Slam tournaments. In 1957 and 1958 Gibson was voted Female Athlete of the Year by the Associated Press. 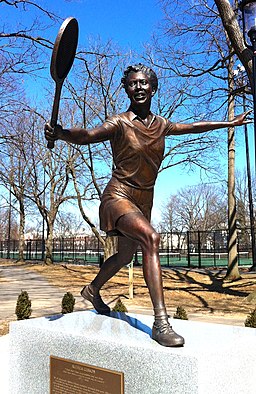 Free Shipping For Mask Orders Over $30