We know one person can make a difference in the world, imagine what four can do when united in purpose and commitment to make a change. On February 1, 1960, four young North Carolina A & T State University students (Ezell Blair, Jr., Franklin McCain, Joseph McNeil and David Richmond) walked a few blocks from the campus downtown to Woolworth’s Department Store in Greensboro, North Carolina for the changing of history. 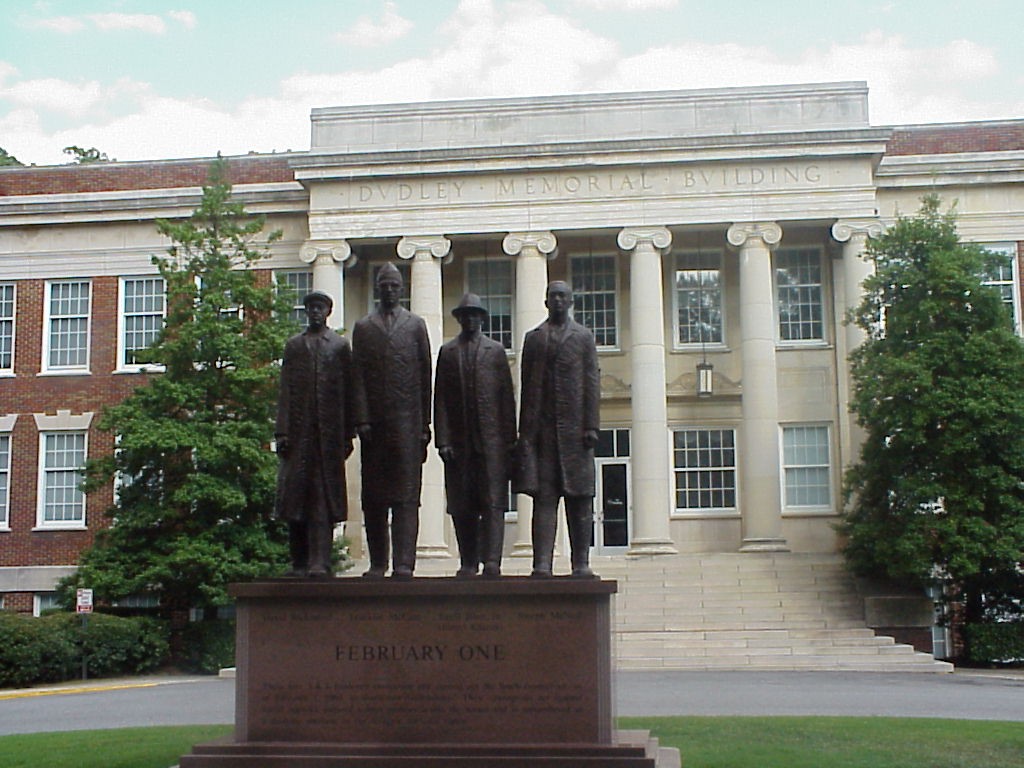 The “Greensboro Four” late in the afternoon sat on four bar stools at the segregated lunch counter and asked for coffee. When they were refused service, they remained at their seats until closing. The next day over twenty students returned with them including some from the all female Bennett College. The third day included over 60 persons followed by over 300 on the fourth day. With promotion of the sit-ins in the media, the sit-in tactics spread to other cities in North Carolina and eventually throughout the southeast. This Greensboro sit-in is credited as being the major and most influential sit-in of the civil rights era.

Eventually, Woolworth’s and other stores gave in to the sit-ins due to loss of financial business and the negative public relations occurring with the publicity.  Many of those participating in the sit-ins received verbal taunting and physical abuse, but attempted to abide by the non-violent method of protest advocated by Rev. Martin Luther King, Jr.